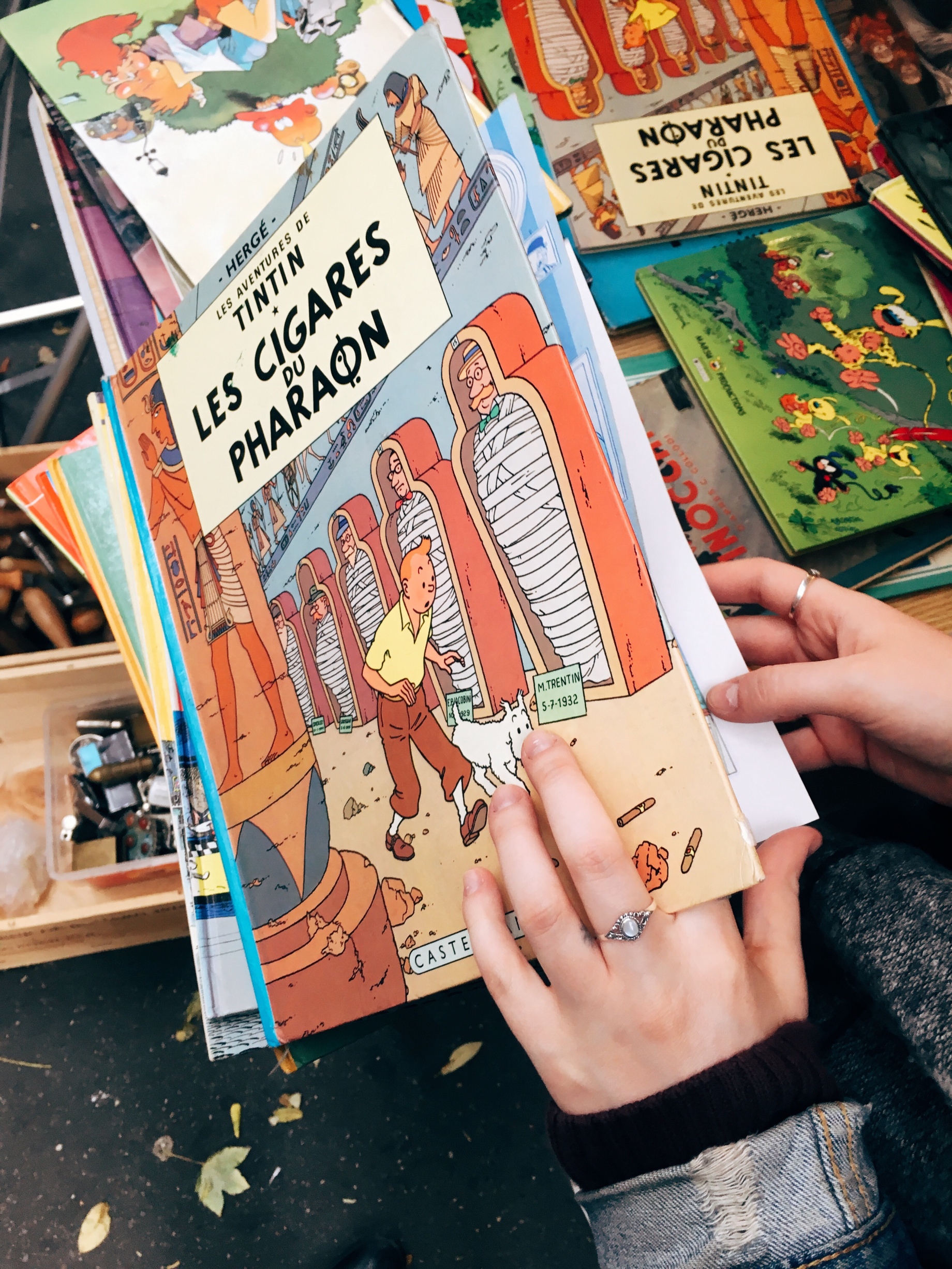 I spent the last few days of my fall break exploring new parts of Paris as my friends trickled back in. Katie was the first, apart from Ryan, to return – and I brought them to a brocante – an antiques market.

named after the artist

little pillboxes and other bits and pieces

There were vendors selling things of all sorts, from home goods to jewelry, to little trinkets, to antique furniture dating from the Napoleonic era ! We saw old books, Tintin comics, children’s toys, et cetera. Finding these little brackets was one of my favorite things to do in Paris, because not only would I usually end up exploring a different part of the city to get to the market, but often I came away with something memorable and unique to my experience. You don’t find decades-old “Wines of France” playing cards at your run-of-the-mill dollar store ! 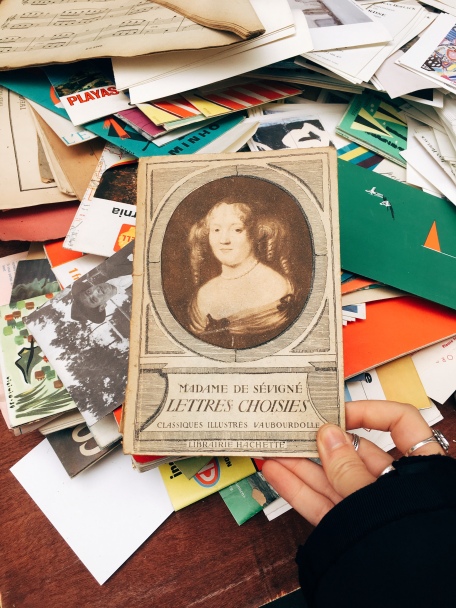 so old it was falling apart ! 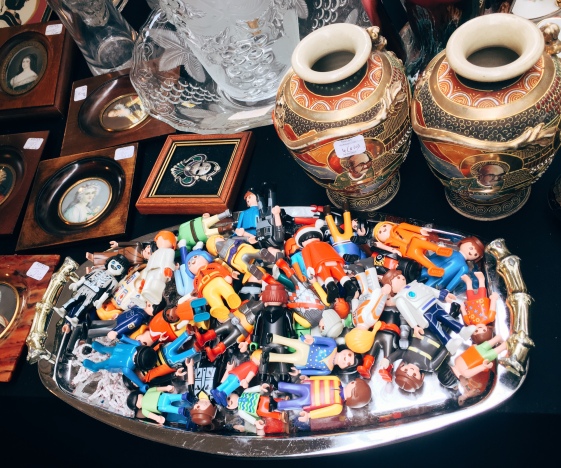 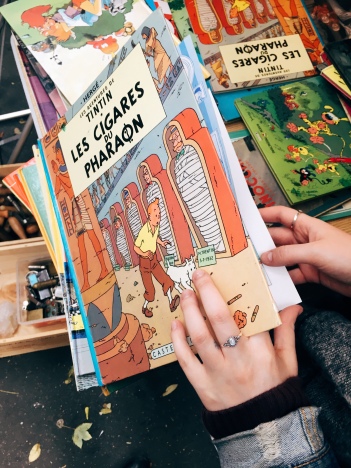 Tintin .. book of my childhood 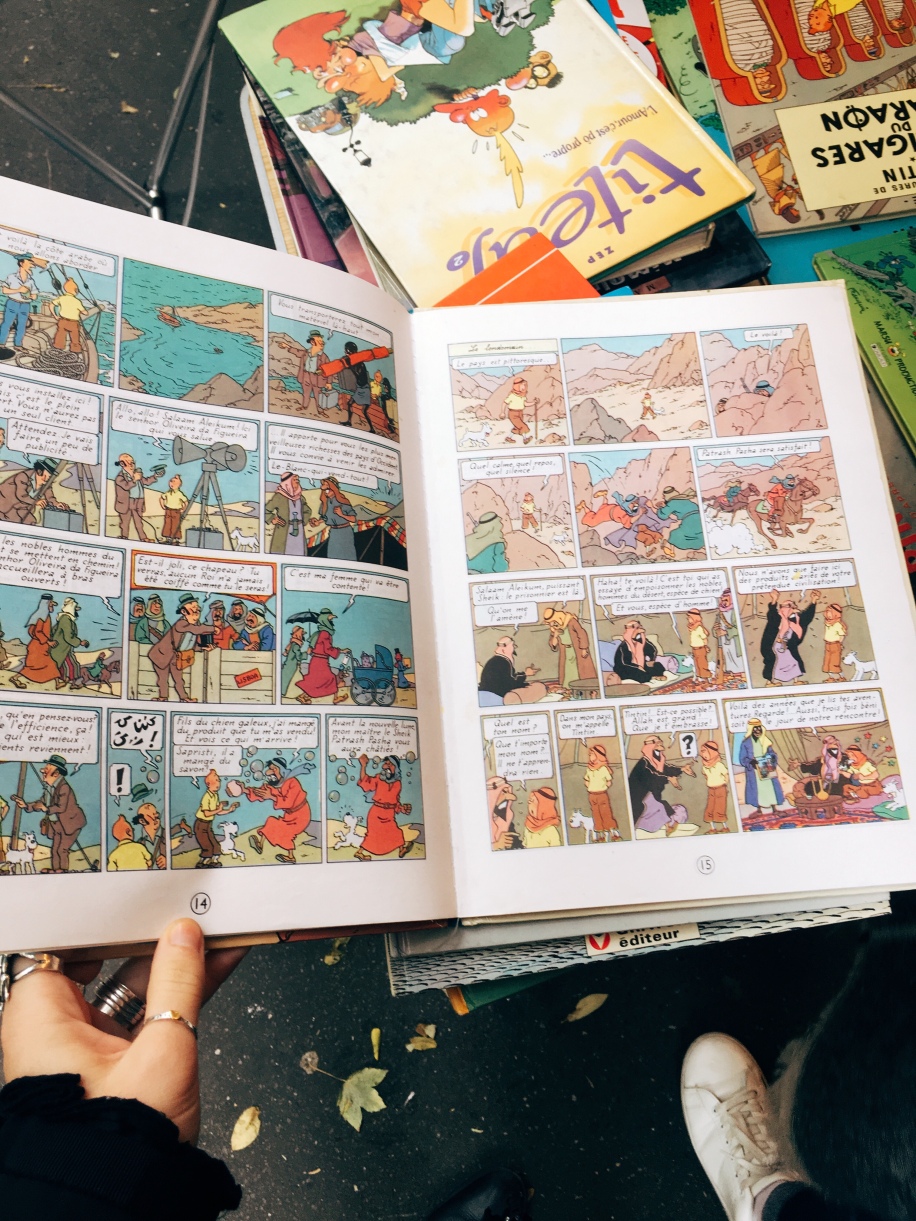 After that we stopped for a bite to eat at a cafe down the road, and on our way, we passed Le Pont Mirabeau, about which one of my favorite poems was written. It is said that Guillaume Apollinaire wrote this about one of his former loves because he had to cross the Mirabeau bridge to see her. Even the form of the poem mimics the ebb and flow of the water, as does the lack of punctuation. 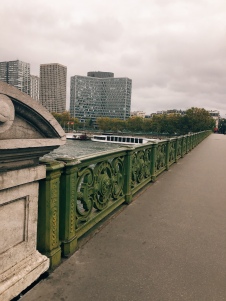 view from the bridge

From there, we went to the Louvre to absorb more art and culture – it happens by osmosis, right ? 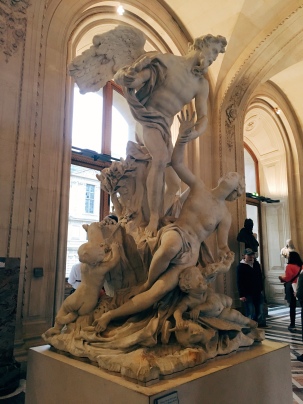 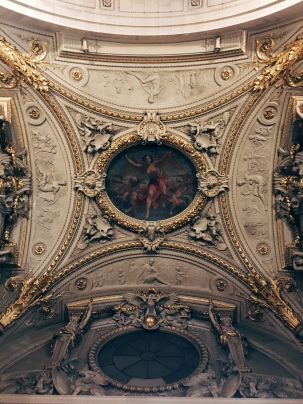 view of the courtyard 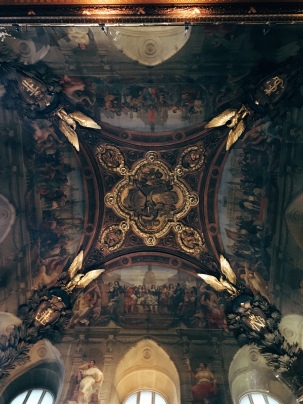 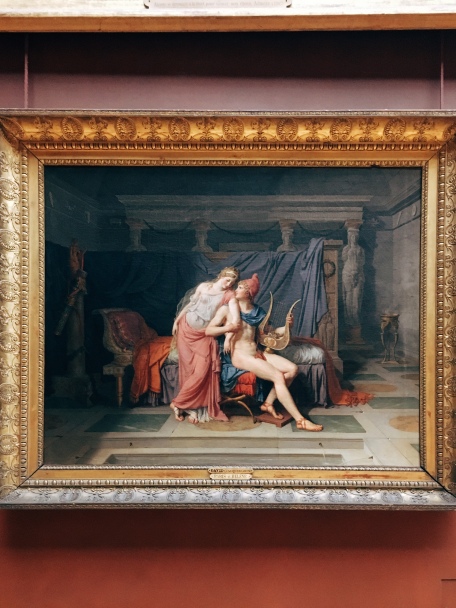 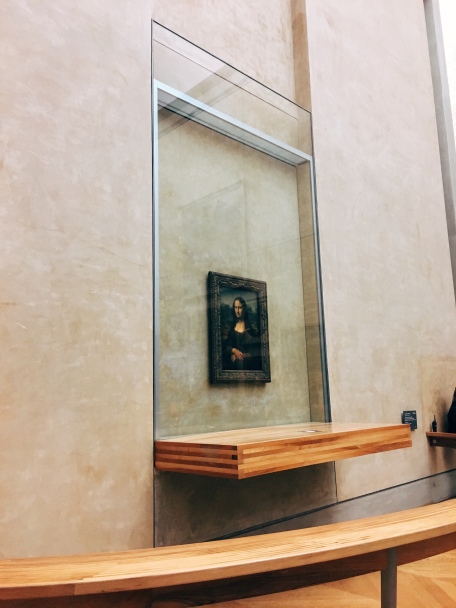 If I could describe the Louvre in three words, I think I would choose luxe, splendor, sophistication. Because the Louvre used to be the royal palace (originally built in 1190 and further developed by successive inhabitants) its opulence is pronounced. It was only when the Sun King, Louis XIV, decided to move the royal residence to Versailles. In 1793 the Louvre officially became a fine-arts museum. 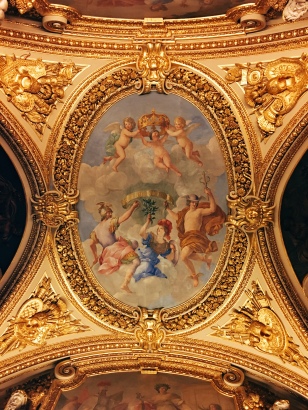 the Pyramid as seen from below

The Carrousel du Louvre is an underground shopping mall below the Louvre. On our way out, Katie and I stopped at my favorite French skincare brand, Caudalie. We were nearing the start of the Advent season, so holiday packages and sales were aplenty. I picked up a nice little sampler of goodies including soft-as-silk face cream, hand cream, cleanser, and a face mist. So nice !! I highly recommend – they have stores in America as well ! 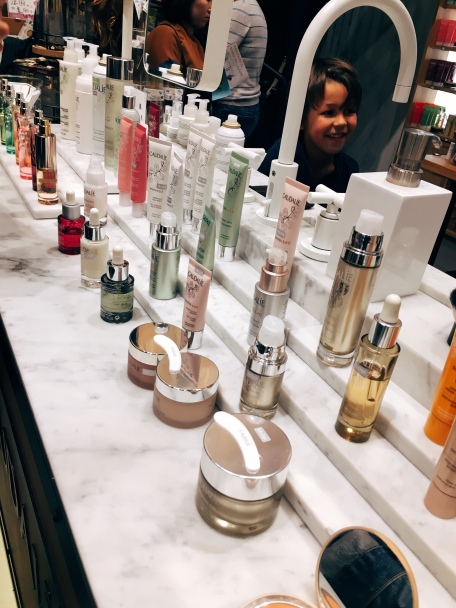 a range of beauties