On a fair Friday morning (I don’t have class on that day) I went with a dear friend of the family to hunt for treasure. Under the metro tracks of La Motte-Picquet Grenelle was a large antiques market, or brocante, spanning almost the entirety of two blocks. We took our time wandering through, marveling at the finds. I was always drawn like a magnet towards vintage clothing, accessories, jewelry .. (who is surprised ?) .. and Alicia favored the silver and ceramic pieces. But we had a fabulous time together as with each stall we were more amazed. From large art-deco furniture and paintings, to delicate brooches and silverware, to old books and records, to boxes of fur (!!! like Cruella De Vil), the assortment of goods being sold was endless. The quality was very good as far as I could tell, but sometimes the prices were a little unjustified. Nevertheless I walked away with a few very good finds .. but they’ll remain a secret until Christmastime!! 😉

I must say, one of the most interesting things I saw were these wooden tongs (pictured below). There were a few pairs being sold at a stand, and at first glance both Alicia and I assumed they were for getting toast out of the toaster .. so you don’t electrocute yourself. Logical, n’est-ce pas ? “Well why not ? Pourquoi pas ?” the lady said, overhearing us. But actually, they were used for lace gloves .. when a lady would wash her gloves, she didn’t want them to be wrinkled when they dried. So she would slip the closed tongs into a finger, and then squeeze the tongs to gently open the glove. Genius!! I never would have known. 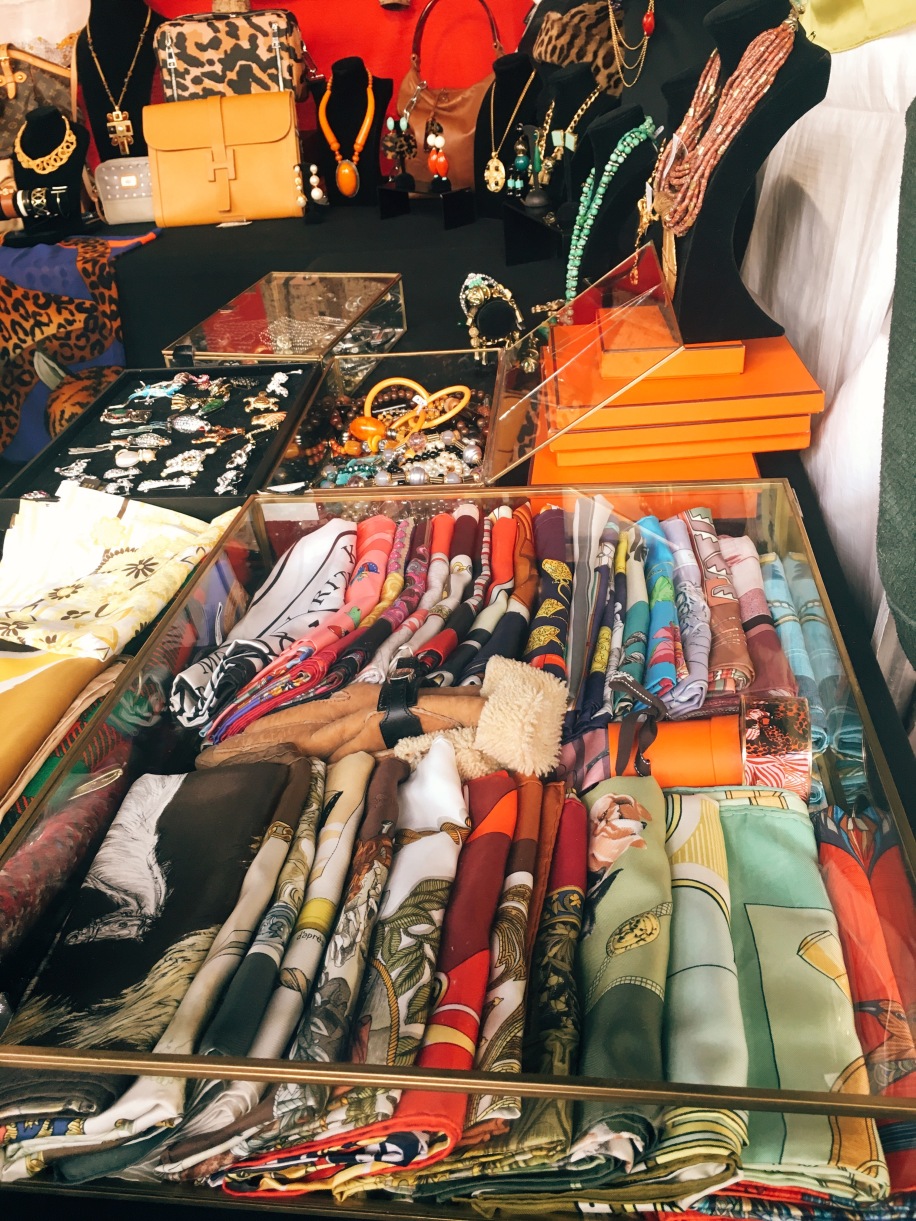 As we neared the end of the market we were joined by Alicia’s husband Russell, and we went together to the home of the mother of one of their family friend. An adorable little old lady, yet stubborn and proud as all get-out, she had already prepared a lunch for us by the time we got there (with the help of her daughter). She made a delicious ratatouille dish, and potatoes served with chicken cutlet cooked in mushrooms and cream. But what was absolutely divine was her homemade apple crumble (the English word pronounced with a sweet French accent, croombell). It must have had a pound each of butter and sugar but it was worth it .. somehow it just melted in your mouth but the outside was still crisp .. mmm 🙂 I’m getting nostalgic already!

Later in the week I made it up to the top of Notre Dame – I’m slowly crossing off places to go on my list ! The view is just without compare and the pictures don’t do it justice ..

2 comments on “a little bit of everything”