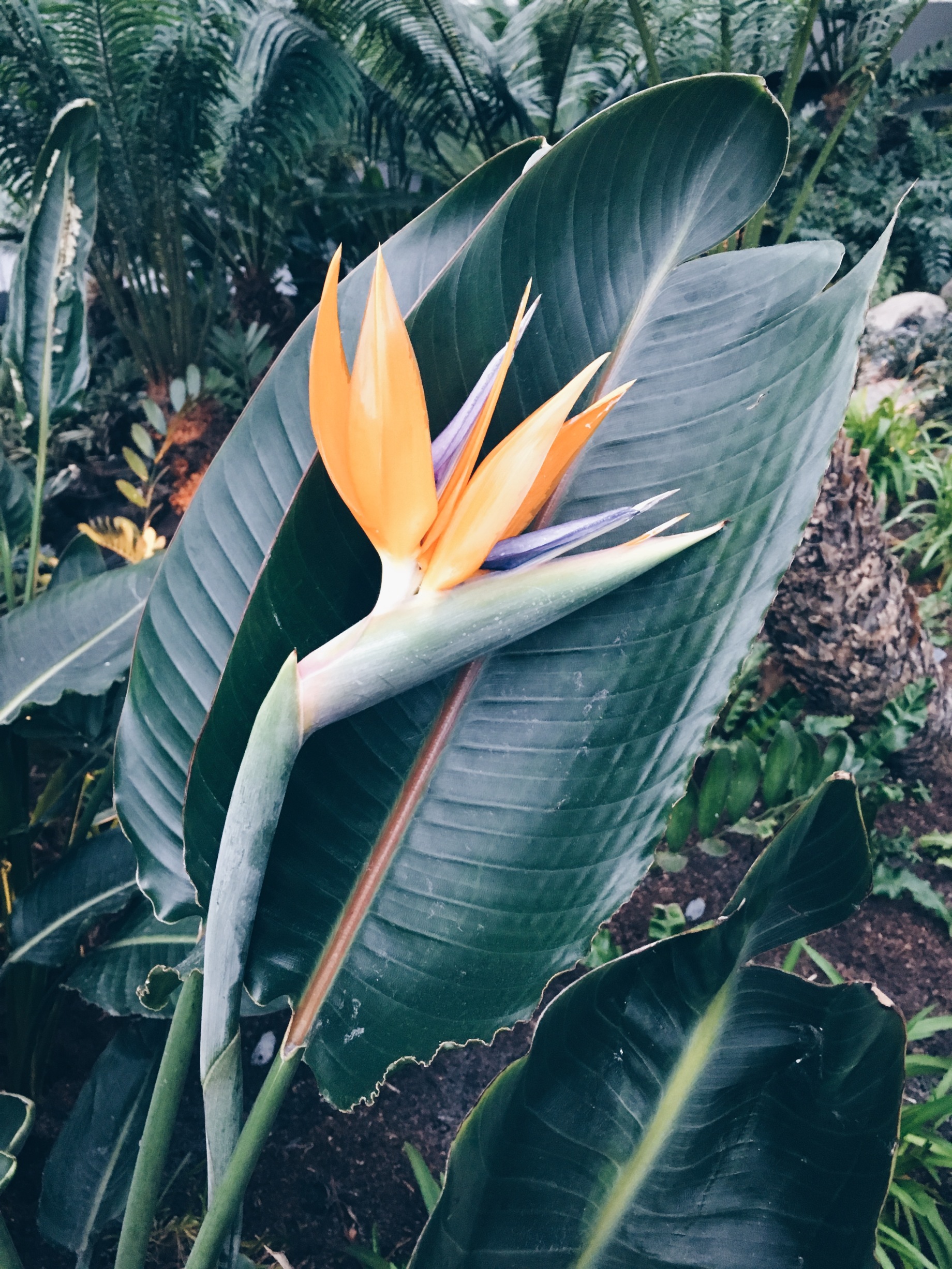 I’m combining two experiences into this post, because I think they go well together – at least as well as opposites can.

On one rainy afternoon, we went to the Sky Garden – a rooftop garden and café at the top of The Walkie-Talkie, one of the 4 nicknamed skyscrapers in London, the others being: The Cheesegrater, a slanting building; The Gherkin, a curved building resembling a cucumber; and The Shard, looking like a sharp piece of glass piercing the sky.

My roommate and I were rushing around as usual, we little suburbanites scurrying around the city, trying to make it on time (I’ve been inadvertently getting us lost mostly always). Once we arrived, I felt removed from the hustle and bustle of the world below, and from so high up, I could relax to see a wonderful view of the city. Unfortunately as the weather didn’t permit, I couldn’t go out to the balcony, but regardless ..

Afterwards, we went with another friend to Brick Lane in Shoreditch, a very hip-and-happening place, apparently. Not the best idea on a torrential day 🙂 The raindrops must have clouded our vision, because we left feeling a bit underwhelmed. After popping in and out of overpriced vintage stores, one after the other to avoid getting soaked, we concluded that it *must* be better in the sunlight in order to live up to its reputation. If we have time, we might go back down the other, ‘better’ way down Brick Lane (think: “You went the wrong way, Old King Louie”) because as we later learned, that has ALL the cool places. But for now, I think we’ll call it a day. 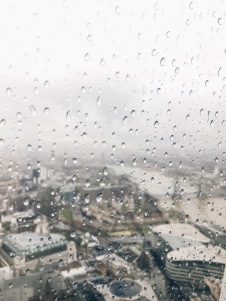 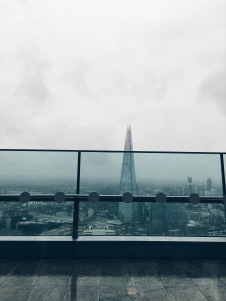 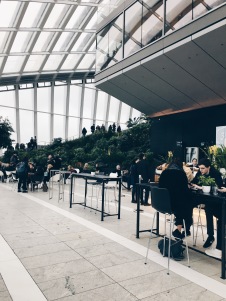 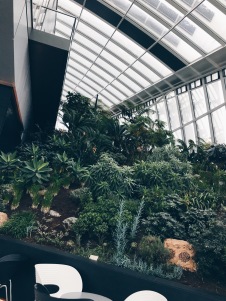 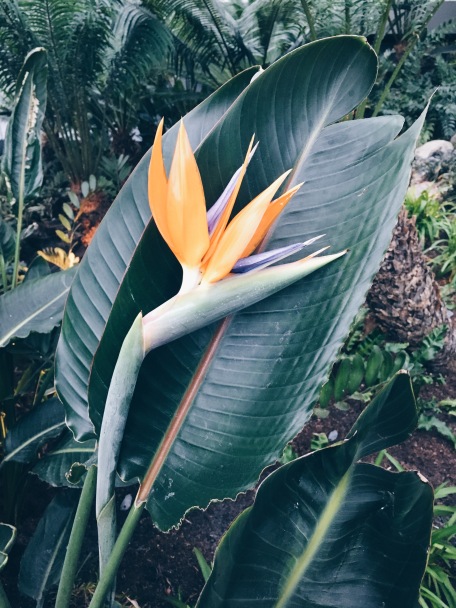 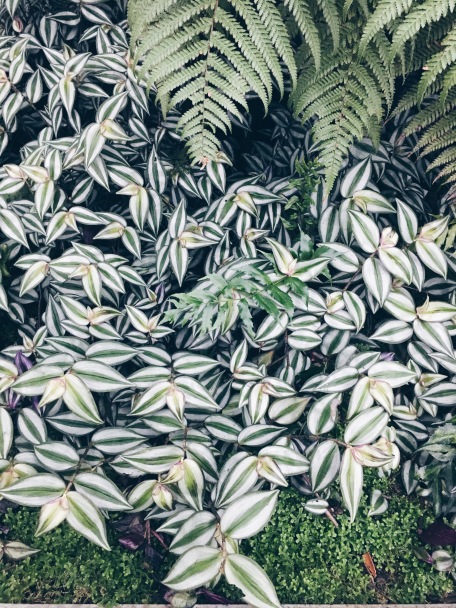 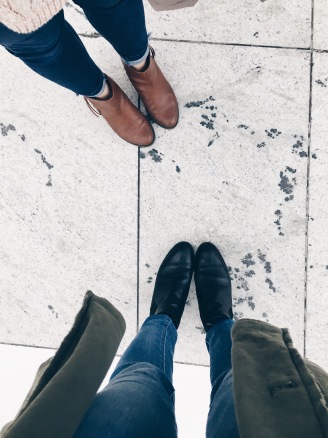 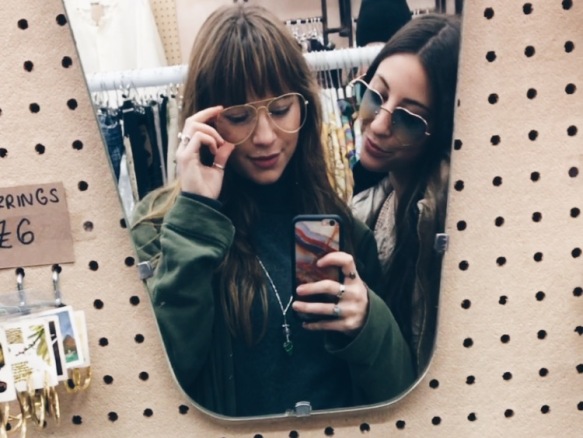 The next day, we went to the Churchill War Rooms. The basement of a converted government building became the meeting rooms of Winston Churchill and his Cabinet during World War II, especially during the Blitz. I have a natural interest in that period of our collective history, and never tire of learning about it. I was so engrossed in the video interviews of several then-young secretaries that worked in the bunkers and so fascinated by their first-hand accounts, that I didn’t even make it through the rest of the museum!

The museum is split in two: first, a more authentic, well-preserved first section with a self-guided audio tour of the maze of corridors and hidden rooms; second, a more modern, interactive museum focused more on Churchill himself. What a character! It must have been such an honor to work for him, but I’m positive it was not an easy job.

I was shocked by what one woman said in recalling her time at the Churchill War Rooms (CWR). She said that her work was her work, and that when her day was finished, she walked out the door and never even thought about telling another soul about the top-secret work she was doing. Even when she would come up from the rooms and think about taking a shortcut home, only to find that the roads she had planned to take were no longer recognizable because they had been bombed, she just carried on. It was like her work in the CWR were separate from her life. And yet, as an outsider looking in seventy years later, it’s hard to imagine that wartime work could have been distinct from wartime life.

Another woman spoke about how she would have to write death reports either in the future, or even in the moment as they actually happened, because they were all part of the strategic plan to win the war, and she knew what was going on before it actually occurred. And even so, she never told a single other person what she was doing. I’d personally like to think I would have the strength of mind and character to keep up such a strong front, but I know that I would be under immense pressure to do so. Maybe that’s why the nonchalance of the women surprised me the most in talking about their work.

Still, it was a moving experience to actually see for my own eyes the reality of World War II. So often the war is either romanticized, as in recent films, or accentuated by brutal violence, as in video games. But we don’t always see the behind-the-scenes, the real work. It’s important to see that side of things too and to remember our history.

So now I’ve taken you up to the highest altitude and down to the depths of London .. which do you prefer? 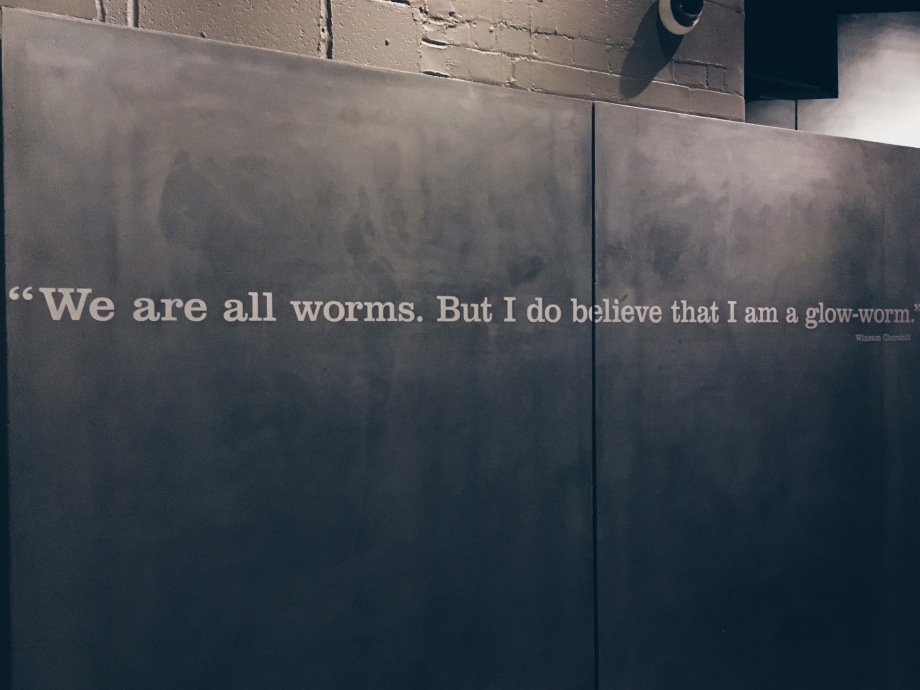